Turning point in history in a dream 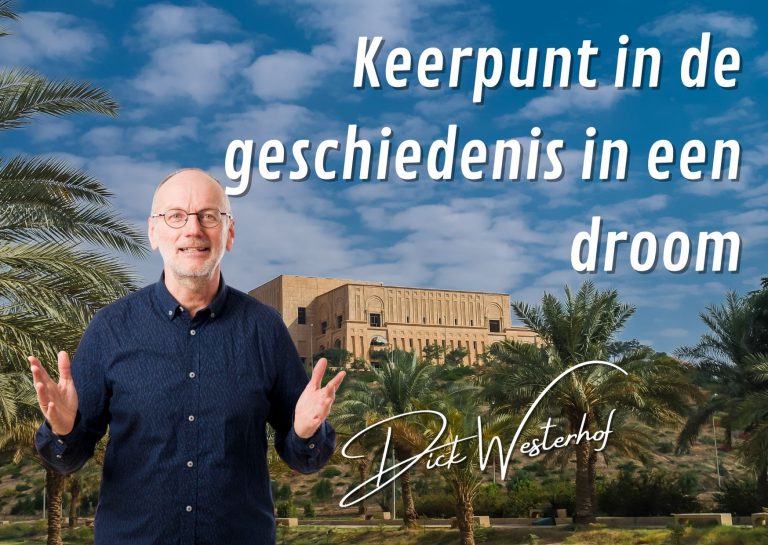 Pagan king receives dream about the kingdom of God

One of the greatest kings of all time receives a dream from God. And he’s not even a God fearing king. That must be special and it will not be about everyday matters. Many of us dream and know that these have meaning. There are books and training on the interpretation of dreams. God’s Spirit reveals things in a dream that are of value to the person himself, his ministry, his city, or even his nation.

Like everyone else, Nebuchadnezzar wants to know the meaning. Daniel tells him. The dream is a representation of a turning point in history. The worldly kingdoms are overthrown by the Rock that is not cut by human hands. When that happens, the God of heaven will raise an eternal kingdom. With the coming of the Lord Jesus, the kingdom of God was launched on earth.

“In the time of those kings, the God of heaven will set up a kingdom that will never be destroyed, nor will it be left to another people. It will crush all those kingdoms and bring them to an end, but it will itself endure forever.”

At Easter 2021 I spoke in Embassy about the meaning of the death and resurrection of the Lord Jesus. That moment in time fundamentally changed human history. What happened is that the authority we lost as humans was restored and now we can begin to do what we were called to do.

I invite you to view this powerful message, also to hear what the other two turning points in history have been. But beware: it is dangerous! When this message touches your heart and you understand it, it can turn your life upside down. You have been warned!